6 of AIRTHINGS air quality sensors were presented during the International Air Quality Conference SOFAir, which was held in Sofia on 12th of April 2019. The Mayor of Sofia Mrs Yordanka Fandakova showed the sensors and the forthcoming Open Data Platform in front of her special guests at the event – the Mayor of Thessaloniki – Mr Yannis Boutaris and the Deputy Mayor of Tirana - Mr Andi Seferi.

During the conference, two special presentations were performed regarding the Project. The Deputy Mayor of Sofia – Mrs Yoana Hristova presented the AIRTHINGS project in detail, emphasising on the significance of this project for the city of Sofia. “The grid of sensors which is about to be set on full operation until the end of 2019, will help Sofia Municipality open towards new technologies and start using modern approaches in air quality data monitoring and data modelling”, said Hristova. Right after her presentation, the new sensors were presented in detail on the stage, so that all participants understood more about the technological specifications of the sensors and the specifics of the Open Data Platform that is to be build all around the Balkan-Med region.

Partners in the implementation of AIRTHINGS project are 5 cities in the Balkan-Med Region- Sofia, Thessaloniki, Tirana, Skopje and Nicosia. 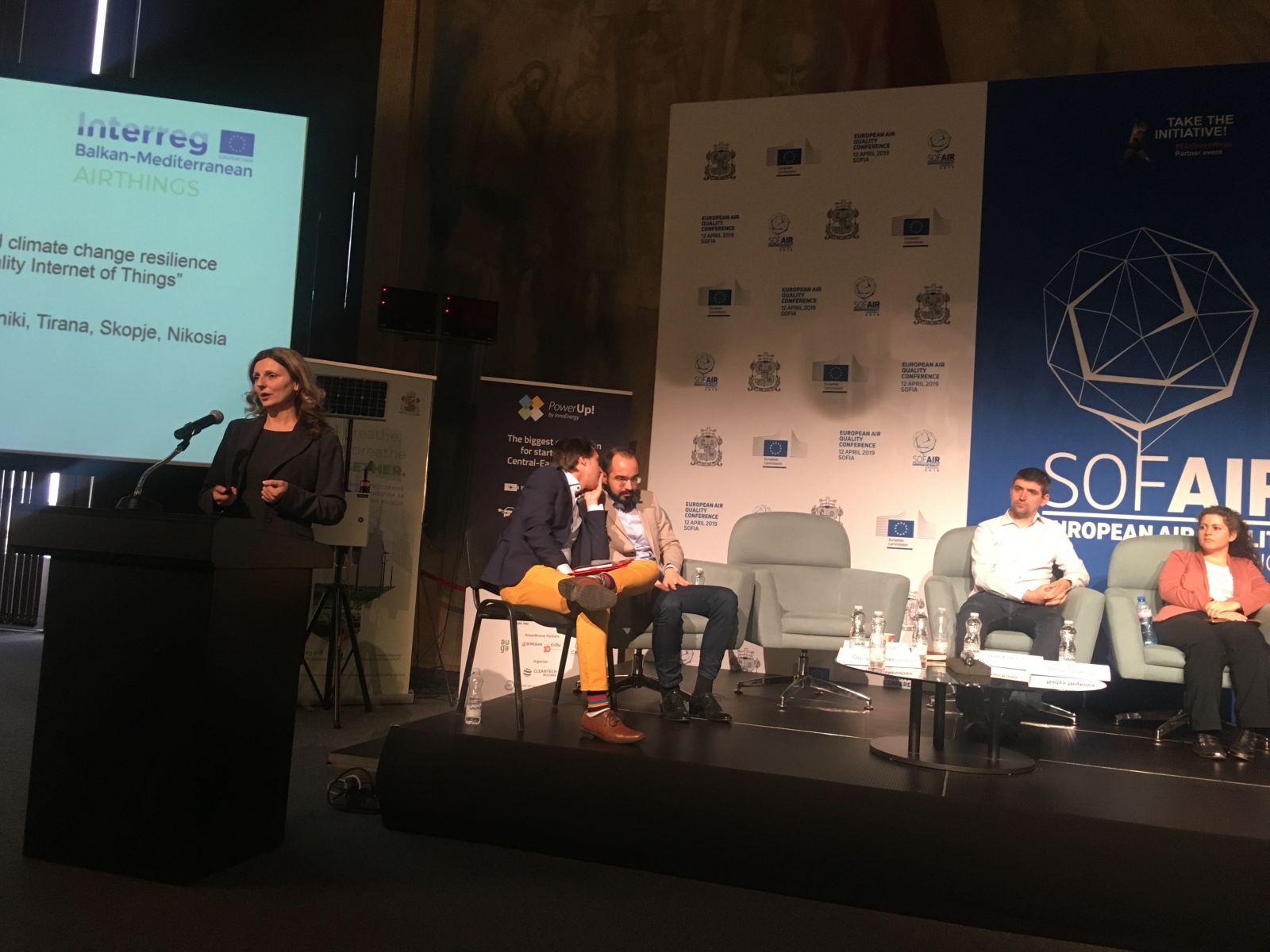 INNOVENTER Project – Presentation at a webinar on Vocational Education and Training (VET) Dec 10, 2021