Тhe kick off meeting of AIRTHINGS project took place on the 23d of January 2018 in Thessaloniki. The event was hosted by the PP – City of Thessaloniki and was held in the City’s Central Municipal Library.

Representatives of all PPs attended the meeting and introduced themselves to the consortium.

After a short welcome speech by the representatives of the Municipality of Thessaloniki and the leading partner – Sofia Municipality, a short presentation introducing the AIRTHINGS project took place. Further on, each partner presented oneself and its role in the Project along with ones expectations of the project, according to a presentation template that had been distributed to all partners by the LP a few days before the event.

Within the meeting, managerial issues concerning the course of the project were discussed, the members of the SC were appointed and a first round of talks about the requirements and specifications of the procurements commenced. 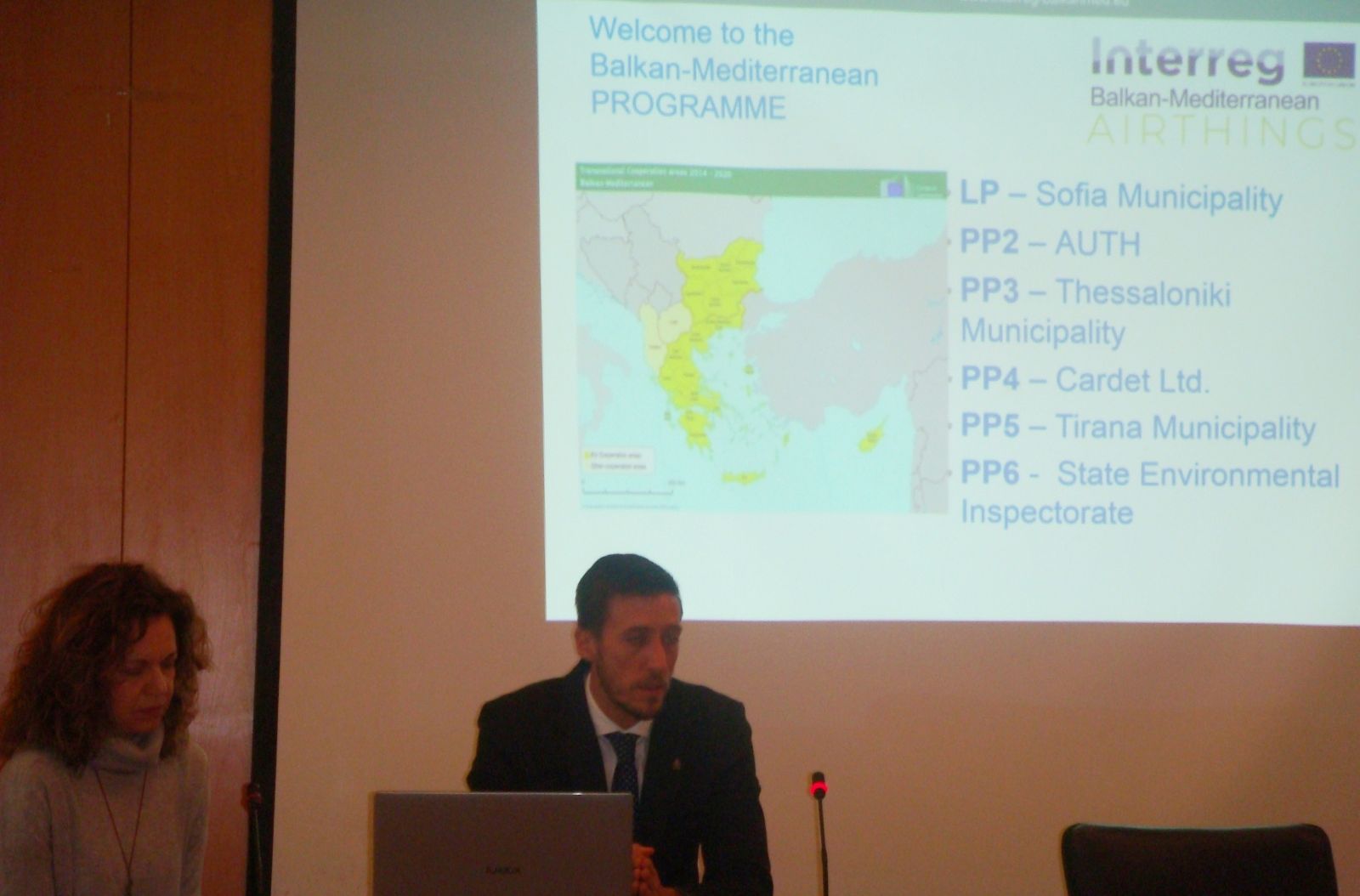